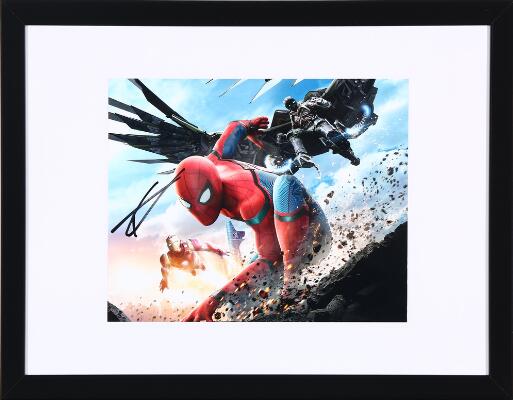 Tom Holland's first perfomances were on the stages in London's West End where he had his debut in 2008, aged just 12. The global fame came seven years later, in the summer of 2015, when it was made public that he had closed a deal with Marvel Studios concerning no less than six movies. These were highly successful from the beginning, both financially and in regards to the critics' judgment.

This is an original colour photograph with the authentic signature of the English actor Tom Holland. Certificate of authencity included.