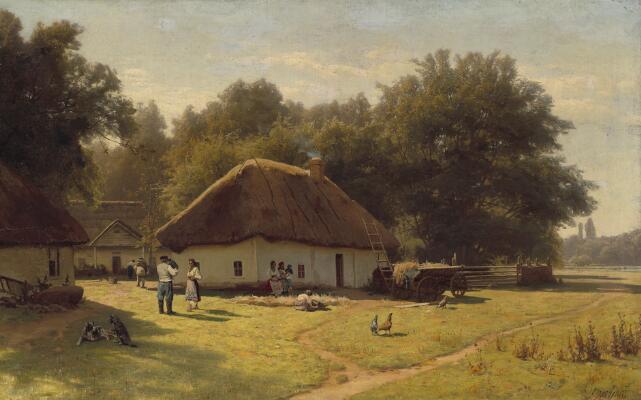 Provenance: Jens Sophus Møller-Holst (b. Aarhus 1881, d. Frederiksberg 1947), Danish consul in Riga, where he acquired the painting around 1910. He later became advertising director at the newspaper Berlingske Tidende in Copenhagen. Thence by his granddaughter in Denmark until today.