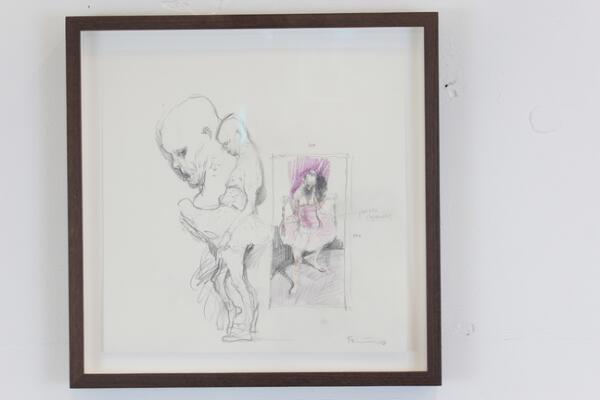 Michael Kvium made his breakthrough during the 1980s with a painting that, to a greater extent than other contemporary artists, was characterized by narrative, literary motifs. The Spanish Baroque painters such as Goya, El Greco and Velazquez were early sources of inspiration in his art, moving in a field between performance, theater and painting. His works can often be read in the light of the collapse of systems in the 80s, which, with its loss of meaning and coherence as a result, allows science to emerge as a possible explanatory model at the expense of religious narratives. In Michael Kvium's works, the viewer is confronted with a worldview that gives rise to a paradoxical mood of a horror and fascination with the ugly and of the nothingness. But the fear of emptiness and the absence of meaning or being simultaneously forms the basis of a redemption in the experience of his works.