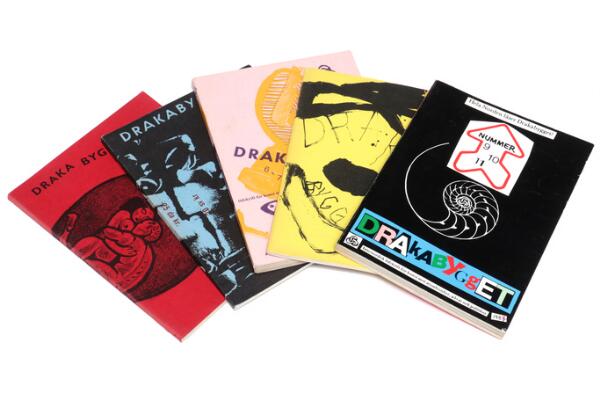 Drakabygget was the organ of the Bauhaus Situationiste group. Following an internal strife which led to his exclusion (and that of several other members of the Internationale Situationniste, including the entire SPUR group), Jørgen Nash grew a movement that also came to be known as the Second Situationist International out of Skåne, Sweden. The title of the magazine was directly borrowed from the name of Nash’s farm, which by then had been turned into a kind of artists’ commune. It was subtitled Tidskrift for konst mot atombomber, påvar och politiker (“Magazine for art against atomic bombs, popes and politicians”), with contents just as sulfurous as one may expect. In one of their best-known scandals, Nash with other members of Bauhaus Situationniste allegedly decapitated the statue of the Little Mermaid in the Copenhagen harbor.