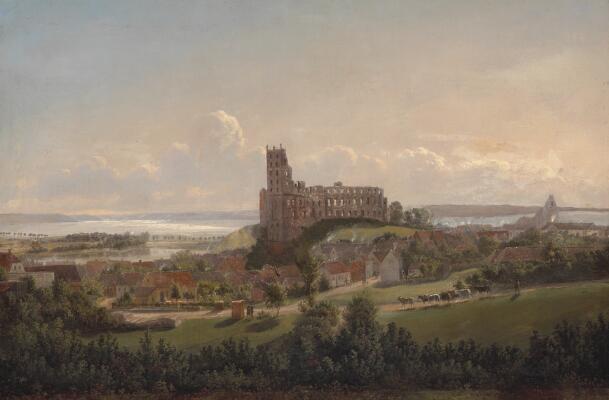 Consul Martinus Wissing (died in 1854) had a small garden west of Kolding.

The ruins of Koldinghus stand prominently in the middle of the painting with the fiord in the background. In 1808, a fire broke out on the site, when Spanish mercenaries (lejetropper) fired too hard into the fireplaces. The building was in ruins until the 1890s, when it was decided to rebuild it.