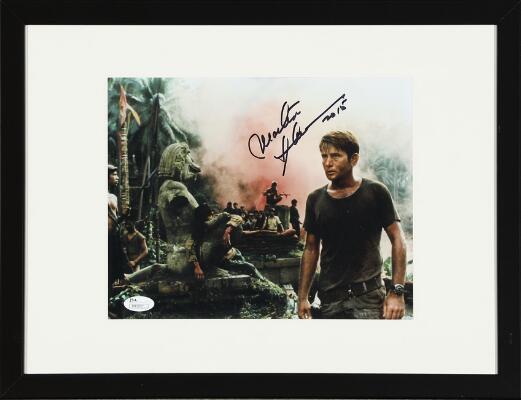 Kilgore: “Napalm, son. Nothing else in the world smells like that. I love the smell of napalm in the morning. You know, one time we had a hill bombed, for 12 hours. When it was all over, I walked up. We didn't find one of 'em, not one stinkin' dink body. The smell, you know that gasoline smell? The whole hill. Smelled like... victory. Someday this war's gonna end”.

No remarks. This is an original colour photograph with the authentic signature of the American actor Martin Sheen. Certificate of authenticity from JSA included. JSA is one of the most reputable authorities in the world in regards to valuation and authentication of signatures.