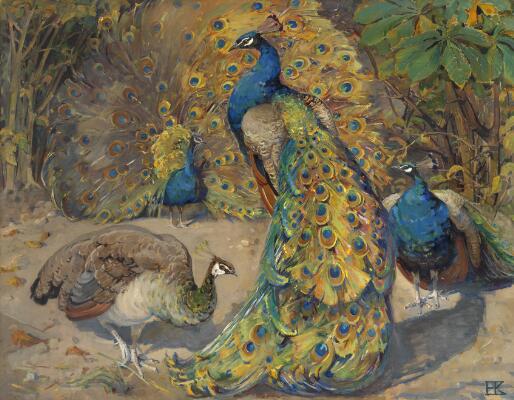 Together with Marie Henriques, Helvig Kinch took the initiative to create the Society of Female Artists (Kvindelige Kunstneres Samfund) in 1916 and became the association's first chairperson. The purpose was to promote the interests of female artists and, in particular, to have female artists represented on the Academy Council and in exhibition committees.

Kinch is best known as an animal painter and as a participant in the archaeological excavations on the island of Rhodes under the leadership of, among others, her husband, the archaeologist K. F. Kinch. She is also known for her illustrations of the archaeological finds for the scientific publications made about the excavations. Here her distinct talent for the decorative aspect is expressed. In the present work, both her talent as an animal painter and for the decorative can also clearly be seen.