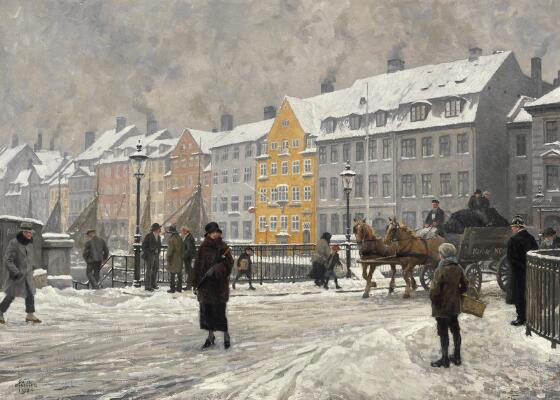 Literature: Steffen Linvald, “Paul Fischer - københavnernes maler”, 1984, reproduced p. 79 and presumably mentioned on p. 127 as “Nyhavn” in a list of Paul Fischer's paintings that he photographed and kept in private albums.