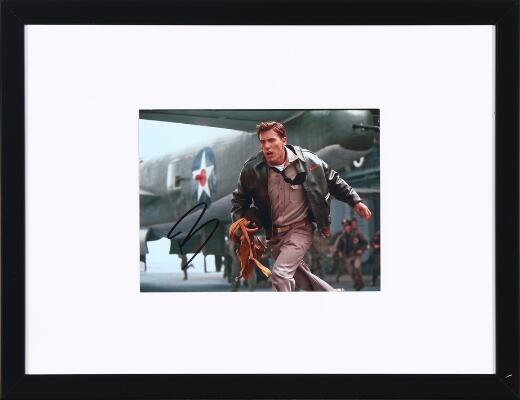 12004/​100
A signed colour photograph of the American actor Ben Affleck (born 1972) in his role as first lieutenant Rafe McCawley in the motion picture 'Pearl Harbor'.

Ben Affleck achieved international recognition in 1997, when he and his childhood friend Matt Damon won a Golden Globe as well as an Oscar (best manuscript) for the motion picture 'Good Will Hunting', in which they also played the lead roles. At the time of the appointment they were 25 and 27 years old. Thoughout the following years Ben Affleck established his reputation further. In 1998 he could be seen in 'Armageddon', in 1999 in 'Forces of Nature', in 2001 in 'Pearl Harbor' and in 2001 in the spy thriller 'The Sum of All Fears'.

This is an original colour photograph from ca. 2001 with the authentic signature of the American actor Ben Affleck. No remarks. Certificate of authencity included.