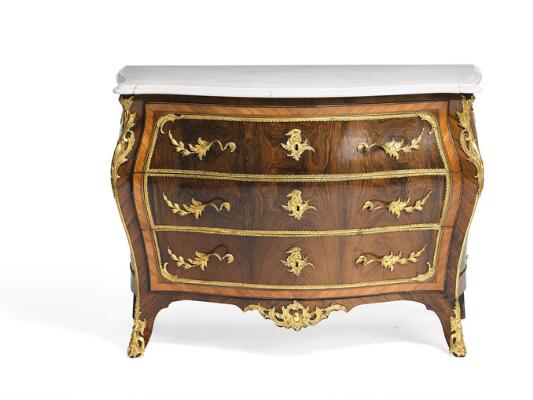 Lorentz Nordin was trained in Paris and is one of the greatest in Swedish rococo furniture art. From his workshop on Slottsbacken in Stockholm, he and his many apprentices and journeymen produced furniture with rare form, precision and skill. Together with Christian Linning, Nordin was favored in the manufacture of chests of drawers for the interior of the newly built Stockholm Castle. Among Nordin's apprentices, Christopher Tietze and Christian Gotthardt Willkom stand out, both immigrants from Saxony who achieved great recognition as masters and members of Stockholm's carpentry trade.