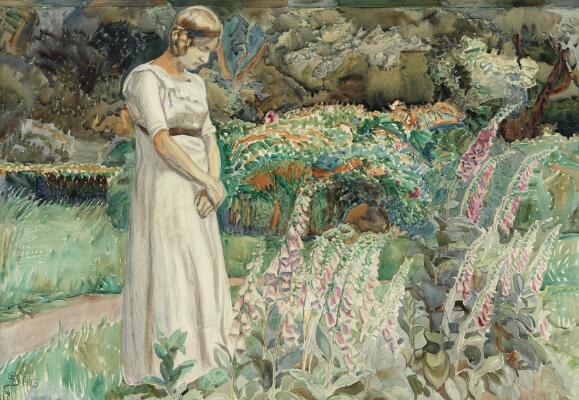 The artist's daughter Besse in the garden at Pilegården among digitalis. Signed with monogram and dated 1913. Watercolour on paper laid on cardboard. 76×112 cm.

Johanne Marie Birgitte “Besse” Syberg (1896–1944) painter and actress, who from 1927 until her death was one of the leading ladies at Aarhus Theater. In 1916 she became a student of the painter Harald Giersing and the following year they married. Fritz Syberg acquired Pilegården on the outskirts of Kerteminde in 1902 and lived there until his death in 1937.