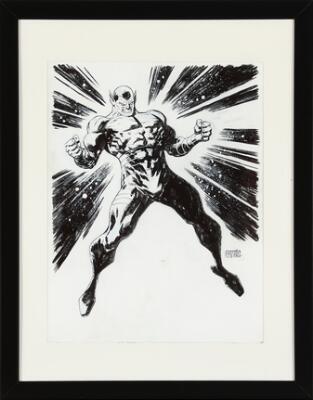 Amazo is a fictitious super villain, who appears in the American publishing company DC Comics' releases. The character first shows up in “The Brave and the Bold” in June 1960 (issue 30) and was created by Gardner Fox and Mike Sekowsky.

Joseph Cooper is an American cartoonist - living in California - who has worked for the majority of the large comic publishing companies, including Marvel, DC, Valiant, Image, Insight Comics and Ten Speed Press.

This is an original drawing made by the American cartoonist Joseph Cooper. Unika. Signs of handling.