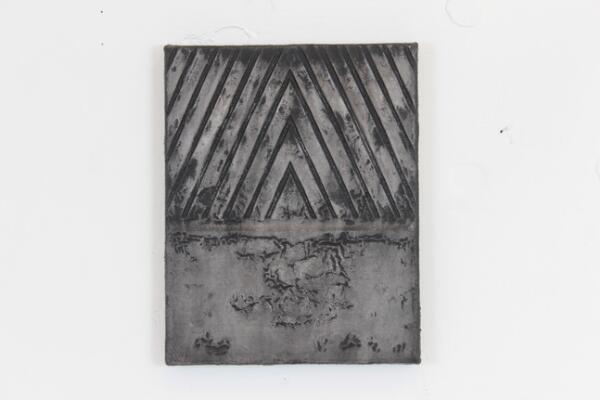 Over the past few years, Asger Dybvad Larsen has had his primary focus on painting, its art historical ballast and an exploratory approach to the processing of the traditional materials of painting. Thus, in his work production there are clear references to iconic artistic works and currents. For example, he works with acrylic casting of paint trays, thus creating a direct formalistic link to Frank Stella's striped geometric works. When using the paint tray as an image, he also connects to his own practice in the studio, where his process is based on continuous production and destruction of works. It is an open process in which the works that he is working on are in constant flux. They are cut up and put together in new ways, they get applied material and are torn apart and sewn together again. The characteristic of Asger Dybvad Larsen's production thus becomes his process, where the individual work becomes an image of the constant artistic exchange and development, rather than it becomes a work itself.