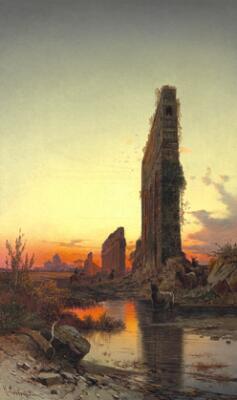 Aqua Claudia was an ancient Roman aqueduct, begun by Emperor Caligula in the year 38 AD, and finished by Emperor Claudius in the year 52 AD. It is considered to be one of “Rome's four great aqueducts”.