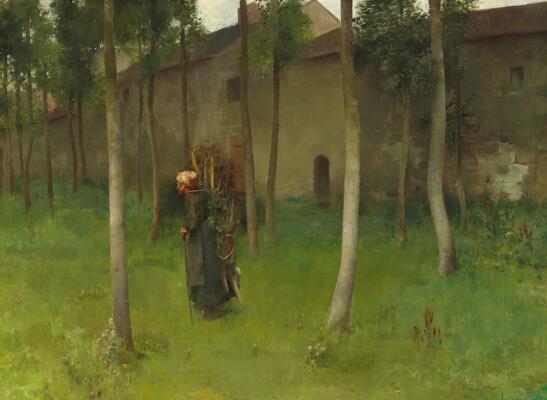 A woman gathering firewood in the outskirts of a village. Signed H. S. Mowbray. Oil on canvas. 54×74.

Mowbray was a student at Leon Bonnat in Paris from 1879 to 1883, where the Danish painter P. S. Krøyer also was a student from 1877 to 1879, so the two painters might have met each other very brifly. Mowbray is best known for his decorative works, among others the ceiling of the residence of F. W. Vanderbilt and the ceilings of J. P. Morgan's Library and the Morgan Library & Museum's Annex building, all in New York. In 1903 he was appointed director of the American Academy in Rome.