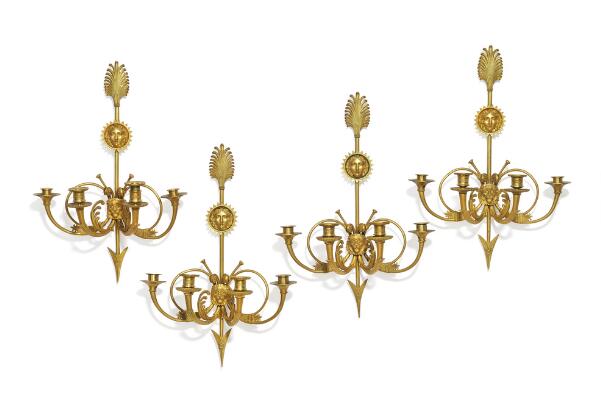 A set of four French gilt bronze wall lights, each with back pole as an arrow, four candle arms and cast with lion and Diana masks, mounted for electricity. After a model by Claude Galle (1759–1815), who made the original wall lights for the dining room at Grand Trianon at Versailles. 19th century. H. 64 cm. (4).