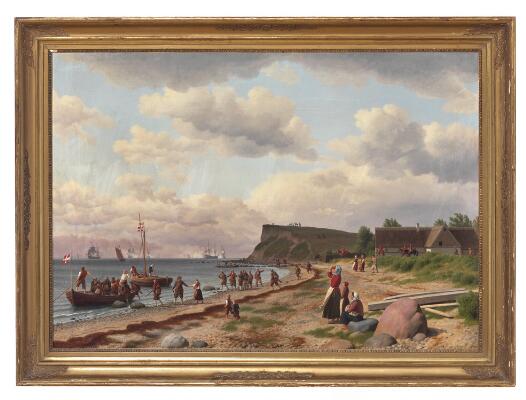 Exhibited: Charlottenborg 1835 no. 2. The Academy's exhibition held on the occasion of the coronation of Christian VIII and Caroline Amalie, 1840 no. 47. Kunstforeningen, “C. W. Eckersberg-udstillingen”, 1895, no. 277.

Eckersberg mentions the painting several times in his diary 1834–1835.