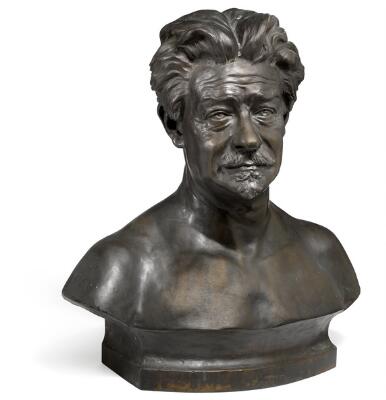 Georg Brandes was a critic and literary researcher. Known for i.a. his groundbreaking lectures, i.a. “Hovedstrømninger i i det 19. århs litteratur”, (Main Streams in 19th Century Literature). He is traditionally considered the theorist behind “Det Moderne Gennembrud”. (The Modern Breakthrough).

Provenance: Presumably commisioned by the Danish CEO of Tuborg Benny Dessau (1868–1937) who was a close friend of Georg Brandes. Ludvig Brandstrup also executed a portrait bust of Benny Dessau which was on view at Tuborg's premises in Hellerup, Denmark.