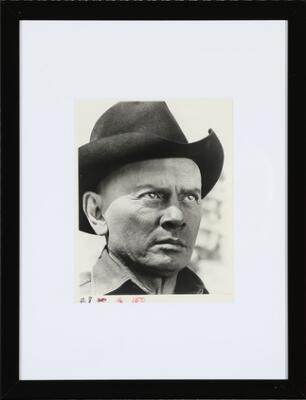 “Westworld” had a budget of just 1.25 million dollars and was shot in as little as 30 days, mainly in the Mojave Dessert in Southern California. The actors' salaries were very modest - even in the case of Yul Brynner, who received 75.000 dollars for playing Gunslinger. Brynner was in need of money at the time and therefore chose to accept the terms. Ironically, “Westworld” became MGM's biggest financial success in 1973 - despite limited expectations.

This is an original American press or still photograph from 1976, which shows normal signs of handling.