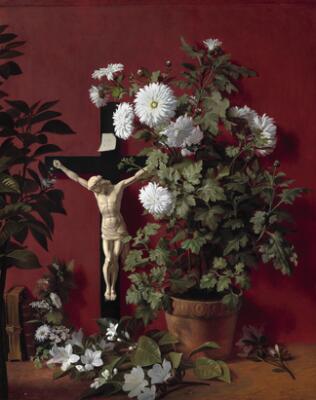 In 1855, Ottesen received the Academy's travel scholarship, and in 1855–56 he travelled to the Netherlands, France and Germany. In Paris he sees, among other things, the French floral painter Simon Saint-Jean's (1808–1860) works.