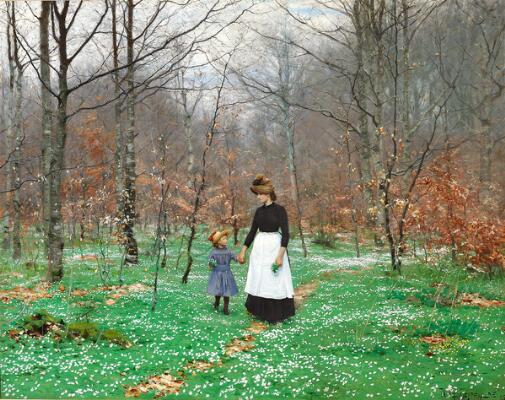 H. A. Brendekilde shows an extract of nature. The motif stands as a closed “forest room”. "Trunks, branches and leaves have been cut at the edges of the painting, thereby causing the view of the clouds and the sky to be minimal. The focus is, instead, on the forest floor and the lower part of the trunks. Along with the two persons depicted, these elements appear as the most important part of the painting".

The flowers in the foreground are sharp and clearly stand out, in contrast to those in the middle and background, which are less sharp and nearly fade away.