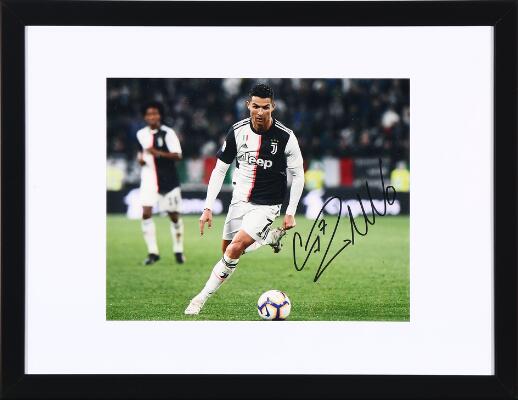 Ronaldo was the first Portuguese ever to become a Manchester United player, when he signed a contract with the English super team back in 2003. He asked to carry number 28 - his digits in Sporting CP - since he did not want to be number 7, which Ferguson had in mind. Number 7 had previously belonged to players like George Best, Bryan Robson, Éric Cantona and David Beckham. Eventually Ferguson and Ronaldo did agree about number 7 and Ronaldo kept this until he left for Real Madrid in 2009.

This is an original colour photograph with the authentic signature of the Portuguese soccer player Christiano Ronaldo dos Santos Aveiros. Certificate of authencity included.