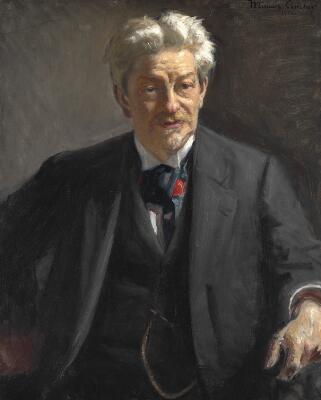 Georg Brandes was a critic and writer who had a great influence on Scandinavian literature from the 1870s until the beginning of the inter-war period. He is traditionally considered the theorist behind the Modern Breakthrough (Det Moderne Gennembrud).