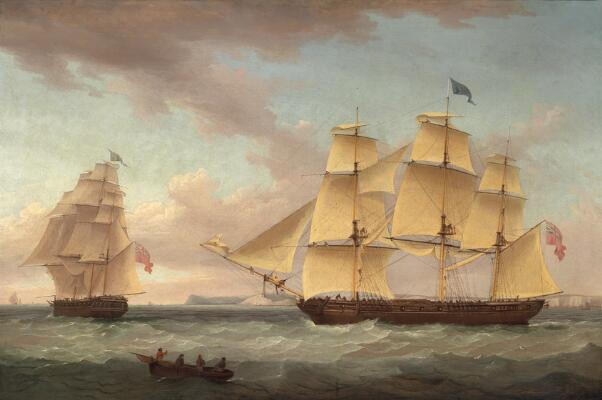 The “East-Indiaman Essex” weighed 1,200 tons and was built in Blackwall shipyard at the river Thames, East London by Perry, Wells and Green 1802–1803. She was owned by Henry Bonham, Broad Street City of London. The maiden voyage started on June 30, 1803 with 5 other East-Indiamen. The journey went over Ceylon and Bombay. The return took place in February 1805. A total of 7 sailing trips to the East took place before the owner sold the ship. This painting is done after the ship's 4th successful voyage to China 1811–1812.