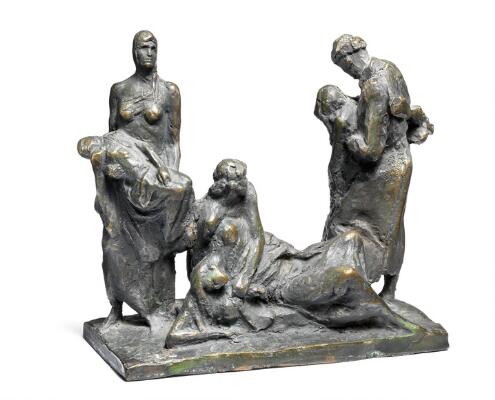 “Blockade”. A Russian draft bronze sculpture for the central part of the large »Monument to the Heroic Defenders of Leningrad«. Signed M. Anikushin (in Cyrillic). H. 18.5 cm.

The »Monument to the Heroic Defenders of Leningrad« on the Square of Victory in St. Petersburg is in memory of the defense and siege of the city during WW2. The project was developed by sculptors and architects, who participated in the defense - Valentin Kamensky, Sergey Speransky and Mikhail Konstantinovich Anikushin. The monument was revealed 9 May 1975, on the day of the 30th anniversary of the Soviet victory in WW2.