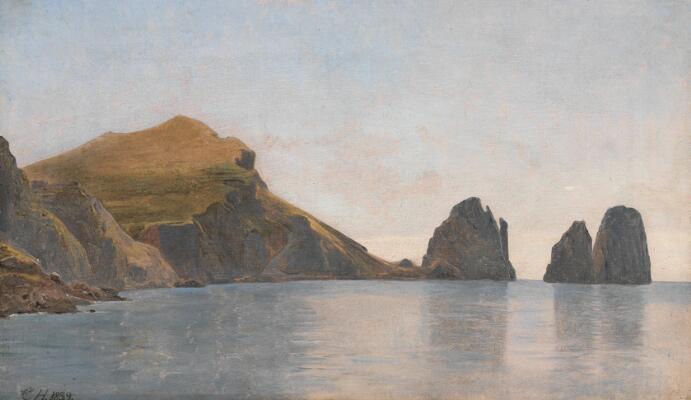 Emil Hannover, A Catalogue Raisonné of the Works of Constantin Hansen no. 183.

Literature: Emil Hannover, “Maleren Constantin Hansen”, 1901 p. 100. Hannover mentions that Christen Købke and Georg Hilker went to Naples in May in 1839, and that Constantin Hansen only joined the party in August due to commissions that had to be completed in Rome. "He stayed about a year down there and only interrupted his studies in the museum and in Pompeii with short excursions to the surrounding area and a few months stay on Capri. While on the island, he painted a series of bright and lightly treated paintings of the sea, full of light and a buoyant mood, which he according to himself was infected with by Købke”.