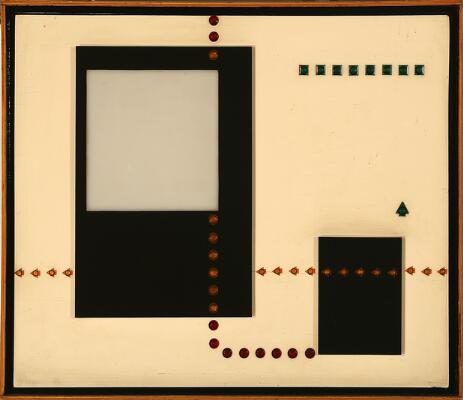 William Soya on the work in an by John Njor in Søndags-Aktuelt (undated): “It is a picture of the lack of communication that exists everywhere where you can not have contact with each other . The light passes around the picture, but the bright fields will never connect with the black, although there are quite a few combinations built into my image. - Whether it is the lack of contact between blacks and whites? No, not alone. Also, the lack understanding between yellow and white, between blond and red hair, between you and your wife, between master race and the Jews. All kinds of lack of communication. It is the main problem. I have purposely not used people, but squares. They are international and they are not uniformed (...)”. The article is enclosed.